From Exegesis by Philip K. Dick
(edited by Pamela Jackson and Jonathan Lethem)

“The original display of dazzling graphics which I saw, which inaugurated all of this, were characterized by their balance, not what shapes they contained. They were, like much of Kandinsky’s abstract art, modern esthetic elaborations, in color, of the ancient a priori geometric forms conceived by the Greeks, which even in their time passed over into esthetics by way of Pythagoria, e.g., the Golden Section becoming the Golden Rectangle. * Certainly this would indicate that even the start of this contained the hallmark of Apollo: the balance, the harmony— I remember noting that in all the tens of thousands of pictures what was continuous in them was this perfect balance, illustrating a fundamental principle of art. It was that aspect which caught my attention and eye and told me they had great worth. In a sense, since all were rectangles, they were permutations of the Golden Rectangle, which I saw today in its original abstracted, empty form, so calm, so enduring, so restful, reminding me of Apollo’s basic virtue: syntonos.”
(Kindle Locations 963-970)

“The “solitary” life which both Christ and Paul speak of as an affliction, [is] in contrast to the ear of corn in which all grains are together in corporate life; it was an ear of corn that was held up at Elysius, to demonstrate the mystery: I think the mystery is, the solitary grain( s) will be sown, then will grow again in corporate life , a corporate body of which Christ is the head. Paul in 1 Cor makes it perfectly clear that resurrection is in a spiri tual body as opposed to the prior physical body 107 ; as in Neoplatonism , we can expect to ascend on to a spiritual “next ring” universe in a spiritual, nonphysical, immortal body, leaving this one behind ; it grows out of this one after this one is dead and buried , as with the grain of wheat/ corn in the furrow: what comes next is different; it is a complete misunderstanding to expect— or even want —the originally physical “solitary” inferior body back ever again; it is metamorphosis which we are talking about; Paul in 1 Cor makes this perfectly clear. The incorruptible body is not a physical body, like this only eternal, but a spiritual body. Death is regarded as a doorway, with something better on the other side, exactly like the doorway I saw in 3- and 4-74, like a Greek pylon, with the moonlight and clear water beyond, which was everywhere, here and there, that I looked. A study of the other mystery religions (all based on the dying lunar god Osiris) shows this. Of all the things (visions) I saw, none is more significant than the pylon or arch-like doorway with the Greek water and nighttime island scene, so beautiful and peaceful on the other side. That was not a transformed view of this world (as with the iron ring and later spring time and Santa Sophia the building ), that was a doorway to another world for sure. It wasn’t to death; death was the doorway , the passage , with life beyond. It was a rather narrow entranceway. (When did I see that doorway? It must have either been after my shoulder surgery, or led into that period, because just after Pinky died I remember seeing him, all healthy and full-chested, squeezed through the doorway looking into this world at us.) (It just occurs to me that the doorway always had the proportions of the Golden Rectangle .) And at first I saw it as a geometric drawing of the Golden Rectangle complete with Greek-letter markings at corners, etc., at that point not yet projected into the world, found there as doorway and 3-D, but “in my 3rd eye or inner mind or mind’s eye,” not yet fused with the landscape; later, whenever I saw it, I actually picked out the Golden Rectangle in the real world, discerned it, but saw it as a doorway, and saw the lovely quiet peaceful world on the other side, waiting. Thinking about it now I realized that the discernment of this Golden Rectangle doorway within the real world here and there was on the identical order of the iron ring, God in the trash of the alley, everything else, especially equal to seeing Springtime in 2-75; it was a major event, and not to be ignored or forgotten; it was another transformation of the landscape, another vision of the next world or the New Creation. Offhand I’d say its message was, One can get from here (this world) to there, which is to say, to the Spiritual Universe. It’s immediately at hand, if we could but see it. That which is seen through the doorway is not superimposed on our world but lies beyond it. For instance, it is nighttime there. (Although midday here.) I’m sure it’s “on the Other Side, ” and you would have to die to get there; after all, Pinky, after his death, immediately after, looked back into this world from there. It is another place, another time entirely. I don’t think it’s the Kingdom of God; I think everything else I experienced is. If it is indeed a glimpse through the doorway into the Next World, then the Next World (for me anyhow) is very much like Minoan Greece, like the Aegean and Crete (where many of my first visionary dreams were set). (Also, where Zagreus/ Dionysos came from.) All the straight john uptight rigid description and attitudes by the Christians about it are just so much a row of swords to protect it; once inside it’s lovely. You can sit down on a Grecian bench and relax in the cool of the evening.”
(Kindle Locations 4227-4227)

“at the height of despair and fear and grieving I stumbled into the Kingdom, stumbled around for a while and then stumbled back out, none the wiser as to how I got there, barely aware of where I had been, and no idea as to how I stumbled out, and seeking always to find my way back ever since . Shucks. Drat . If it wasn’t the Kingdom I don’t know what it could be, with its bells and the lady singing and the void, with the trash in the gutter glowing, and the golden rectangle doorway with the sea and figure beyond, and the moonlight. There were people living there, especially the lady. It was all alive. It had personality. It explained everything to me. Now I don’t see or understand anything. At that time I could even remember back to my origins. My real origins: the stars. What am I doing here? I forget, but I knew once. Amnesia has returned ; the veil has fallen, back where it was. The divine faculties are occluded as before.”
(Kindle Locations 4333-4339)

“golden rectangle, also golden section: Figures associated with the golden ratio or divine mean, a mathematical pattern of relationship that has been recognized since Pythagoras. The golden ratio (an irrational number approximate to 1: 618034) occurs when the ratio between the sum of two unequal quantities and the larger quantity is equivalent to the ratio between the larger quantity and the smaller . Geometric plotting of the recursive Fibonacci sequence also produces the golden rectangle, as does the growth of a nautilus shell.”
(Kindle Locations 18564-18568) 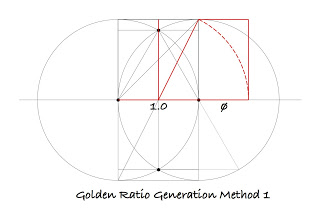