“There were observed buffalo herds that took 2-3 days to pass by the settlement along the Muskingum River.”
~Moravian missionaries, Ohio Valley, 1740s

Historic, pre-European settlement, and present-day contribution of wild ruminants to enteric methane emissions in the United States
by A. N. Hristov

How have enteric methane emissions from beef cattle changed over time? 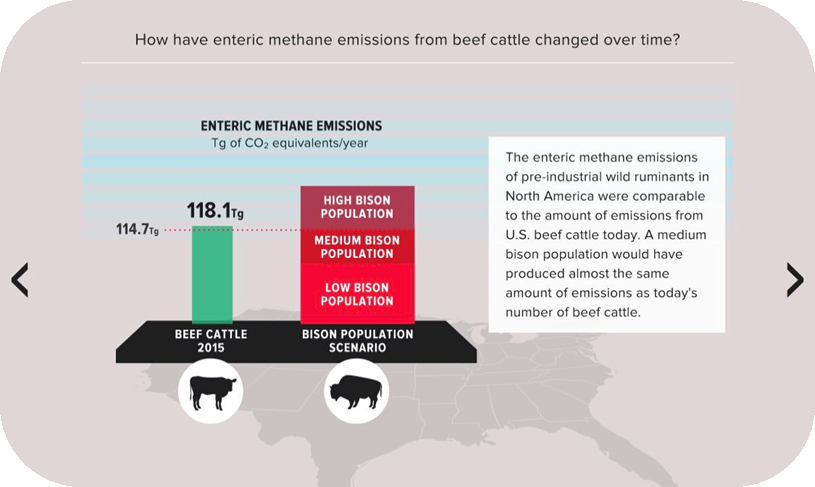 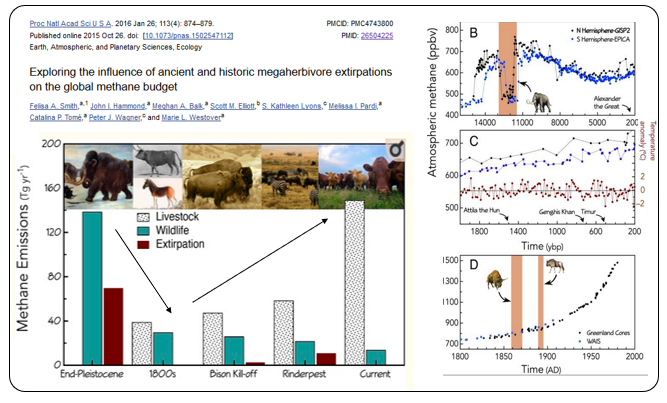 Capitalism has its origins in a word meaning “head”. It is the same origin as for cattle and chattel.

Cattle was the earliest major form of movable property. This is the precedent for capital as fungible wealth, that which can be transferred elsewhere, removed and reinvested.

This is also why capitalism and chattel slavery have the same basic starting point. Feudal peasants in essence belonged to the land as part of the an unmovable property, whereas chattel slaves were like cattle that could be moved and/or sold independent of anything else.

In a capitalist society, the opposite of the capitalist is the slave. This is why the original offer in freeing slaves was supposed to be to give them forty acres and a mule. This simultaneously would have made them propertied citizens and capitalists. This is also why, in the end, it didn’t happen. It was one thing to end their overt slavery, but to make them genuine equals in this capitalist society was going too far.

No one is free to roam in capitalism, though. And working for oneself is becoming ever more meaningless in an age of globalization. The Commons was privatized centuries ago. There is no where to be free for the system of control is now complete. There is no escape, no undiscovered and unclaimed place to seek out.

The US was founded on the ideal of an enlightened aristocracy and a paternalistic plutocracy, the expectation that the country would be literally be ruled by the owners, i.e., the propertied class. Those who own themselves and own the land they live on are entitled to own the government and hence to own all who are governed. To be a capitalist isn’t merely to have fungible wealth, for more importantly it means to be an owner and to play the role of owner.

We live in a world where everything is owned, where everything (and everyone) has a price to be sold. To be employed is to sell ourselves into indentured servitude, even if only temporarily during specified periods of time. While working as wage slaves, we don’t own ourselves while on the clock. It isn’t just a legal agreement of selling part of our life by selling our time and body for someone else’s purposes. It is a profound psychological transaction, a giving up of freedom, an act that becomes a mindless habit, until we forget what freedom ever meant.

The system allows us to sell our freedom, but offers no way to buy it back. We are born citizen-consumers, never having been given a choice. We are property of the corporatist state. To demand our freedom would mean theft. If enough people made this demand, it would be a revolt. And if that revolt were successful, it would be called a revolution.