At Optimizing Nutrition, there is a freaking long post with a ton of info: Do we need meat from animals? Let me share some of charts showing changes over the past century. As calories have increased, the nutrient content of food has been declining. Also, with vegetable oils and margarine shooting up, animal fat and dietary cholesterol intake has dropped.

Carbs are a bit different. They had increased some in the early 20th century. That was in response to meat consumption having declined in response to Upton Sinclair’s muckraking of the meat industry with his book The Jungle. That was precisely at the time when industrialization had made starchy carbs and added sugar more common. For perspective, read Nina Teicholz account of the massive consumption of animal foods, including nutrient-dense animal fat and organ meats, among Americans in the prior centuries:

“About 175 pounds of meat per person per year! Compare that to the roughly 100 pounds of meat per year that an average adult American eats today. And of that 100 pounds of meat, more than half is poultry—chicken and turkey—whereas until the mid-twentieth century, chicken was considered a luxury meat, on the menu only for special occasions (chickens were valued mainly for their eggs). Subtracting out the poultry factor, we are left with the conclusion that per capita consumption of red meat today is about 40 to 70 pounds per person, according to different sources of government data—in any case far less than what it was a couple of centuries ago.” (The Big Fat Surprise, passage quoted in Malnourished Americans).

What we forget, though, is that low-carb became popular for a number of decades. In the world war era, there was a lot of research on the ketogenic diet. Then around the mid-century, low-carb diets became common and carb intake fell. Atkins didn’t invent the low-carb diet. Science conferences on diet and nutrition, into the 1970s, regularly had speakers on low-carb diets (either Gary Taubes or Nina Teicholz mentions this). It wasn’t until 1980 that the government began seriously promoting the high-carb diet that has afflicted us ever since. Carb intake peaked out around 2000 and dropped a bit after that, but has remained relatively high.

The inflammatory omega-6 fatty acids combined with all the carbs has caused obesity, as part of metabolic syndrome. That goes along with the lack of nutrition that has caused endless hunger as Americans have been eating empty calories. The more crap you eat, the more your body hungers for nutrition. And all that crap is designed to be highly addictive. So, Americans eat and eat, the body hungering for nutrition and not getting it. Under natural conditions, hunger is a beneficial signal to seek out what the body needs. But such things as sugar have become unlinked from nutrient-density.

Unsurprisingly, Americans have been getting sicker and sicker, decade after decade. But on a positive note, recently there is a slight drop in how many carbs Americans are eating. This is particularly seen with added sugar. And it does seem to be making a difference. There is evidence that the diabetes epidemic might finally be reversing. Low-carb diets are becoming popular again, after almost a half century of public amnesia. That is good. Still, the food most American have access to remains low quality and lacking in nutrition. 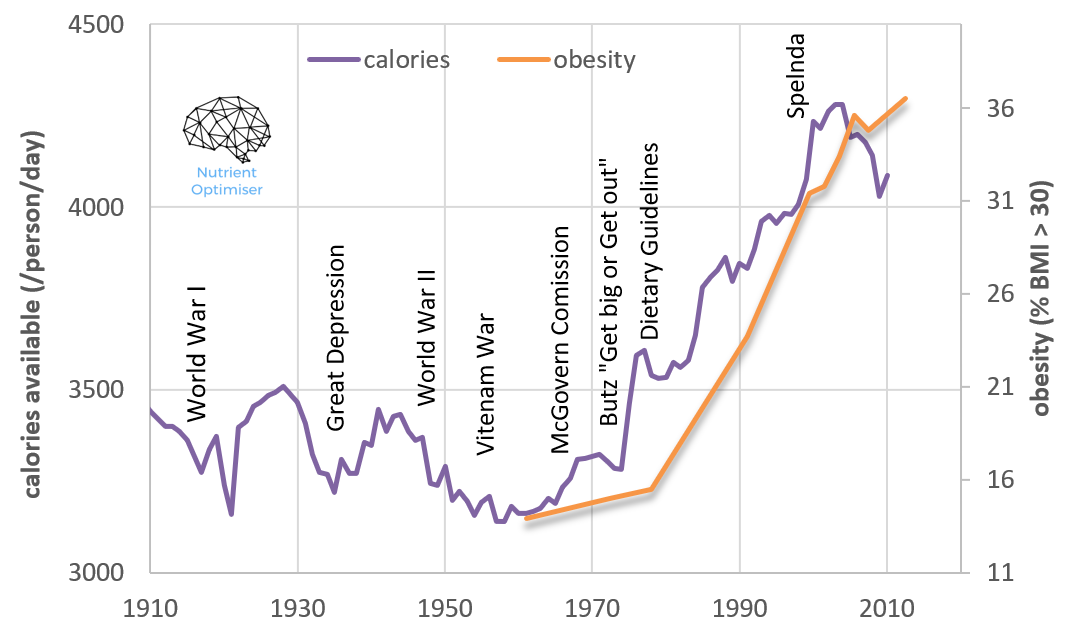 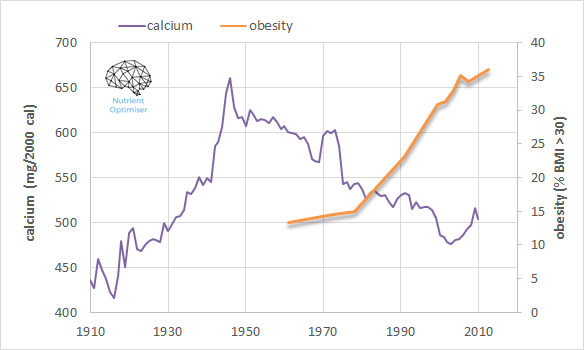 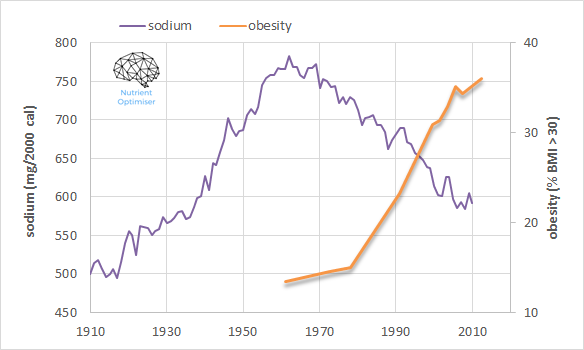 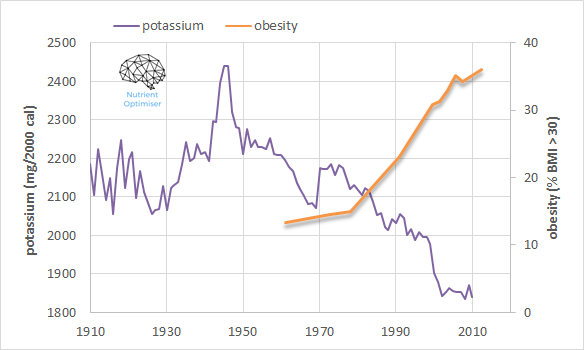 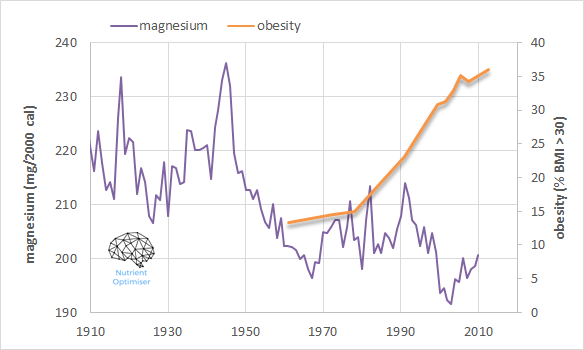 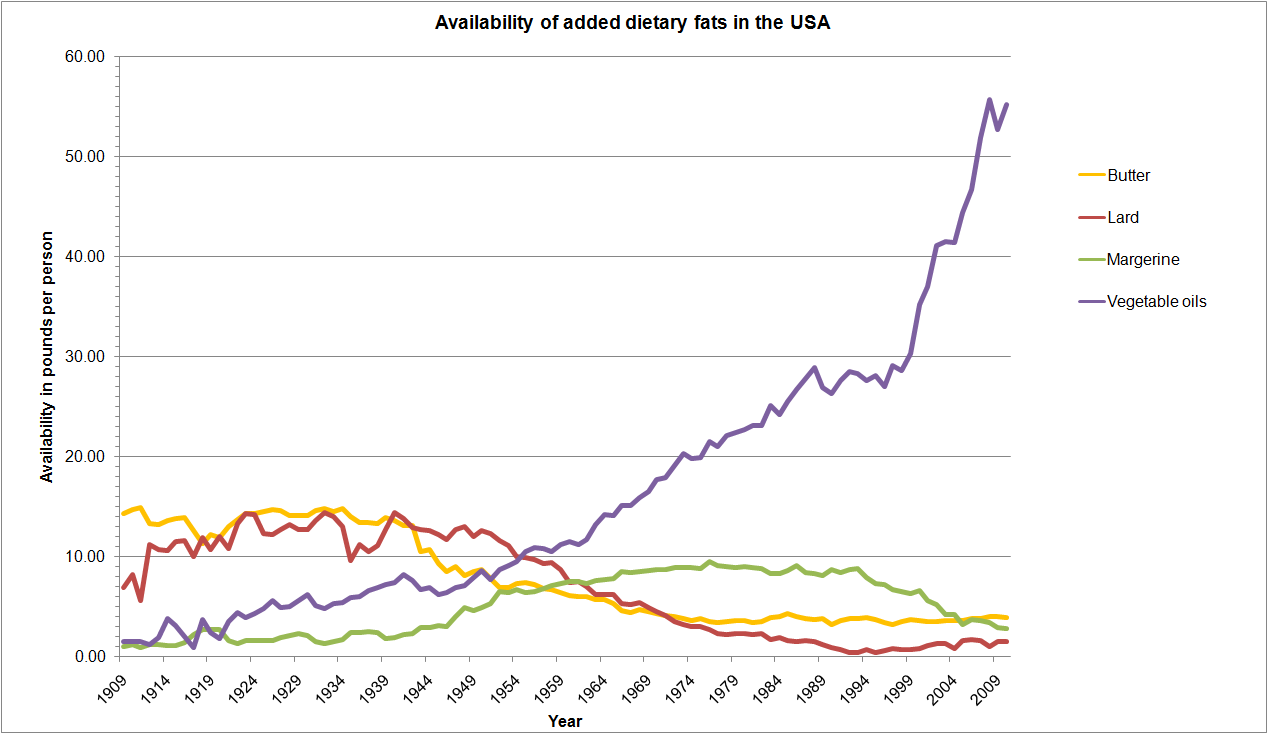 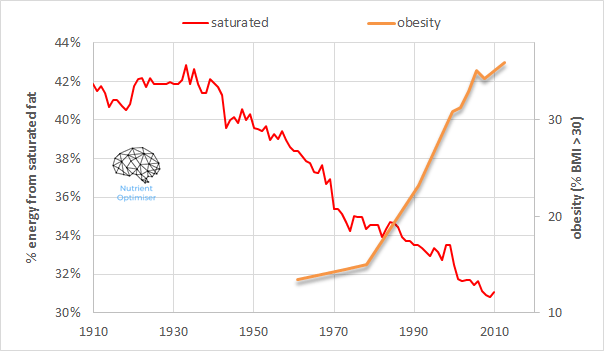 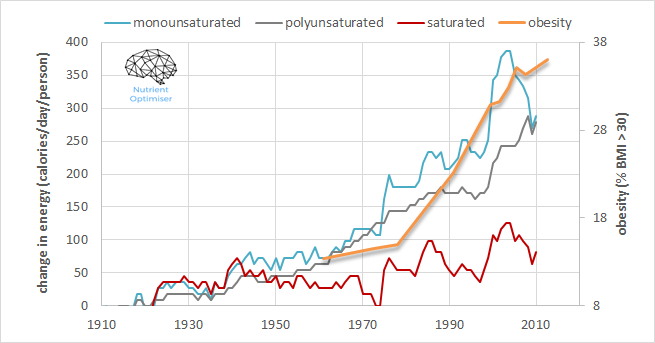 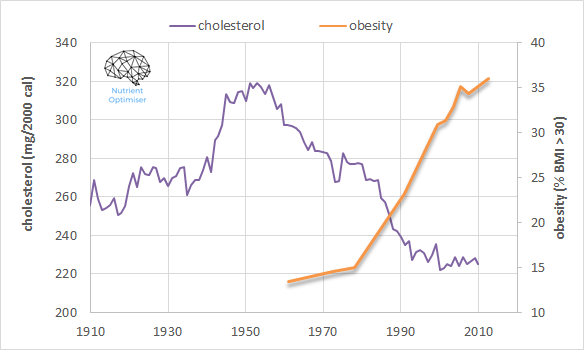 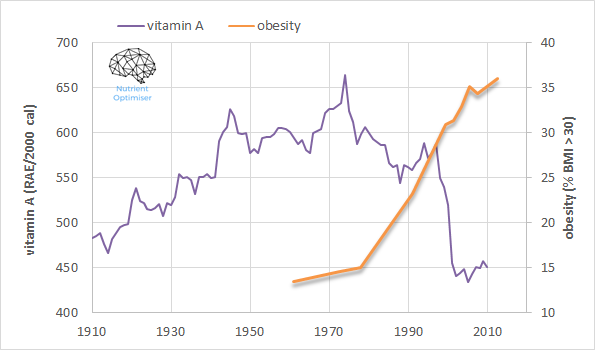 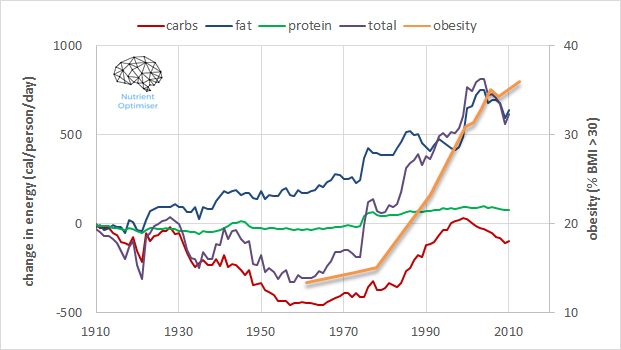 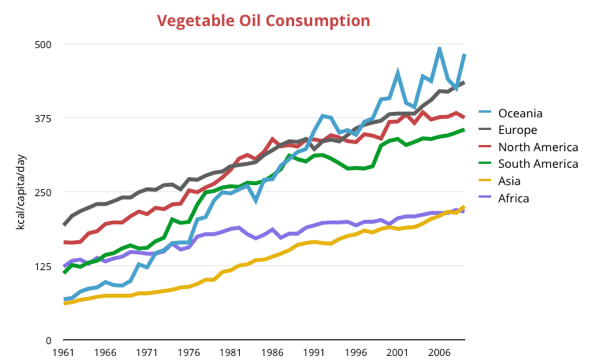 One thought on “A Century of Dietary and Nutritional Trends”