on anxiety & modernity by isthmus nekoi

I still think about trauma these days, although I tend to think more about the anxiety spectrum. There is afterall, something very fetishized or at least, detached about anxiety. Anxiety is not an emotion oriented towards something present, but rather, is future oriented. Anxiety is our fear of the future. It is a ghost fear, a fetish fear, it is at once less present yet more pervasive than fear itself. It is fear intellectualized, no, grotesquely magnified beyond reason by a reason derailed.

Modern society has no roots, no history, no grounding. We drift in a perpetual freefall, this strange sensation of exhilaration, panic, and numbed boredom, that tight feeling in our chests, the wind in our faces. The dream and the nightmare of the modern man, his most deepest desire and most fervent fear, that which lies below our perverse fusion of lust, anxiety and reason, is the belief that he might actually be falling into something… 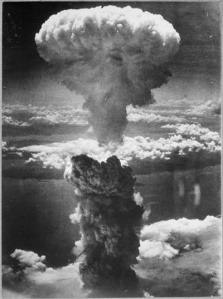 Both Jung and Reich were students of Freud and also both were interested in the significance of UFOs in terms of society.  Jung saw UFOs as a symbol of change, of potential.  UFOs became popular during a very traumatic era of world history.

I mention all of those people because they either have an alternative view on trauma or they see the problems of modern life as being part of a larger context.  Paul Shepard would trace the problems of society back to the beginning of civilization.  Along with Derrick Jensen, Shepard would say our traumatized state isn’t merely personal nor merely an issue of our human condition but instead about our relationship to the larger world.

That is where I see the ideas of Jung and Mindell fitting in as they present humans as being essentially interconnected.  The problems of society can be seen in the individual, and vice versa.

I would add that, similar to Shepard’s view, the Axial Age was a particularly traumatic shift in society.  That was the historical period when cultures were clashing and urbanization was developing.

The foundation of the modern self was being set at that time.  For example, religious practitioners of the time were attracted to a rootless lifestyle with ascetic monks and preachers who would travel from town to town.  Also, this is when people started idealizing a perfect world that was located elsewhere.  This world and human nature was flawed.

It seems to me that the industrial age and the 20th century international conflicts are the delayed effects of the Axial Age.  The ideals of that time (equality, freedom, etc.) took a couple of millennia to fully take hold.  But humans have never really adapted to this social change in a healthy way and maybe it isn’t even possible.  The human animal simply isn’t designed for modern civilization.

Related to the above article, here are some additional thoughts from another blog and from a forum thread:

The Mad Liberation Front from the Red Star Cafe blog

With the exception of Freud’s eccentric disciple Wilhelm Reich, it was not until after WW II that a school of  psychology appeared that was willing to take Freud’s hypothesis of collective insanity seriously and to launch out along a different route. R.D. Laing, whose background was as much Existentialist-Marxist as it was Freudian, was among the first to assume an adversarial position on the issue of insanity.

Convinced that the mad, or at least some portion of those designated schizophrenic, may be a rare and endangered species desperately in need of protection, Laing argued that psychological breakdown could be the first step toward enlightened breakthrough. It might be an incipient assertion of true sanity by those who were still at least resilient enough to feel the pain of society’s oppression. It is therefore the psychiatrist’s responsibility to take the side of the mad against wrong-headed social authority.

“We live”, said Laing, in the midst of  “socially shared hallucinations…our collusive madness is what we call sanity”.

it appears to me that one of the main premises of george orwell’s 1984 is the idea of sexual repression rendering the population open to oppression by the party. the repression of freely expressed sexuality by the party is clearly an overt theme in the novel. junior anti-sex league, winston and julia’s “subversive” affair, etc. this idea is very similar to the ideas put forward by wilhelm reich in his “the mass psychology of fascism”.

reich’s main point in this book is that oppressive fascist regimes are manifest only in situations where sexual repression is endemic in a society. he covers more than this, but this is the main thrust. i wonder whether orwell had been exposed to reich’s ideas, or whether they just came to a similar conclusion independently?

5 thoughts on “Society and Dysfunction”